“Pulp: A Film about Life, Death and Supermarkets is the best film that could be made about Pulp. The majority of British pop bands were eager to be seen as “one of the lads,” with a pint in one hand and a copy of Loaded magazine in the other. Not Pulp, who wholeheartedly embraced an individualistic style of pervy proletariat, outsider chic. Their lyrics are the stuff of fluttering net curtains in run-down terraced houses, chaotic and confused teenage lust and not only not fitting in, but knowing you’ll never be able to. This documentary, centring on the band’s 2012 farewell concert, grasps everything that Pulp is about. It’s less a straightforward band biography and more a sociological study of the swamp of fears, loves and passions that bubbles away under the industrially cratered landscape of Sheffield.”
–We Got This Covered, UK five star review

7pm: Doors open. Why not grab a drink from Union Mash Up’s bar and settle in for the film.
7.30pm: Introductions, trailer reel and short film (details TBC).
7.50pm: Main feature, Pulp: a Film About Life, Death & Supermarkets (89 minutes).
9.20pm: Post-film we’ll be having a drink in Union Mash Up’s bar and would love for you to join us.

Jack Gleadow Presents and Award Winning Comedian previewing his much anticipated 2015 Show for The Edinburgh Fringe.

Tickets on line from: http://www.wegottickets.com/comedymash

Lloyd Griffith is back again to do some more comedy. Big G (Lloyd) is still amazing at jokes, he’s still amazing at singing and he’s still from Grimsby. So expect jokes, singing, flirting and a standing ovation (possibly). You may have caught him on BBC3’s Sweat The Small Stuff, heard him on BBC Radio 1’s Live Lounge Comedy Club or seen him support Rob Beckett on his sold out UK tour.

‘There’s no doubt about it; Lloyd Griffith is the king of the unexpected. His sense of fun is infectious, his singing voice faultless and his anecdotes are told with boundless confidence. Griffith has established his own style of comedy. The trucker appearance and unexpected voice make this stand-up something really unusual’ Three Weeks, Edinburgh 2014.

Following on from last month’s super sharing with Pete Fowler, we welcome a double helping of #nourishment courtesy of London based provocateur, RFM (Ronald Fraser-Munroe) and Hull based humanitarian photographer,Rebecca Robyns.

Book your Eventbrite ticket(s) from http://nourishment5.eventbrite.co.uk/

Seasoned artist, dissenter and creative producer RFM returns to Hull after a decade to share his works, thoughts and shoe size with the City of Hull, location of several of his important previous multimedia projects. Introducing recent works including audio, video, visual art and animations this event is a rare treat to experience RFM and his alter egos in a digital art, music and media salon here at #nourishment

Rebecca is currently away working with the Thai Children’s Trust in south East Asia on her latest project, ‘Eye See Me’ and will return a few days before her #nourishment sharing. She has an unquenchable passion to tell humanitarian stories and raise awareness through the lens of her camera. She was the original seed of the successful The Changing Face Of Hull and is now developing ‘Eye See Me’.

SCOTT BENNETT- ABOUT A ROY

Award-winning comedian Scott Bennett (‘Naturally hilarious’ **** Broadway Baby) presents his eagerly-awaited debut show. Roy, his father, is the ultimate Yorkshireman. In a show packed with laugh-out-loud jokes and stories, you’ll learn all about him – from family holidays to the etiquette of all-you-can-eat carveries.

Nominated for best new show at the Buxton Fringe 2014.

RUNNER UP ENGLISH COMEDIAN OF THE YEAR 2014
TOP CIRCUIT COMEDIAN

”So Funny I could Burst”
Lizzie Roper

Tickets available on line from:  http://www.wegottickets.com/event/307869

Guest DJs are Chris Reilly (Cleethorpes) and Alex Dawson (has been guesting with Original Brew).

Chris played a storming set at Mojo last year, can play across the board and has the dancefloor packed through club soul, latin soul, popcorn and RnB. At the Hull Soul Club last October he double-decked with the legendary Sean Chapman and produced the best guest slot there for years.

Alex is new to the scene, a local lad, who has impressed with Original Brew and impressed me with his record box. He sent me his top ten and he was in straight away. 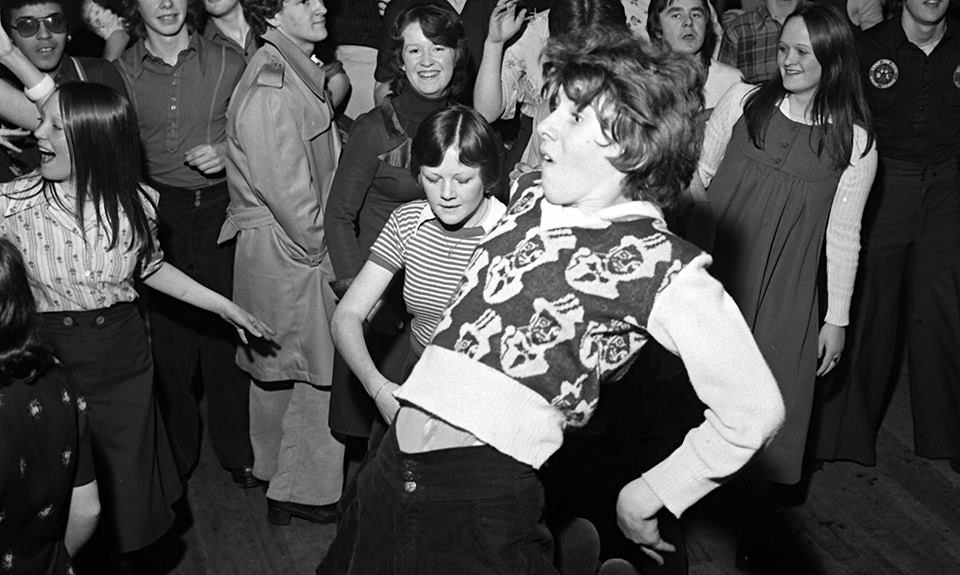 SCOTT BENNETT- ABOUT A ROY

Award-winning comedian Scott Bennett (‘Naturally hilarious’ **** Broadway Baby) presents his eagerly-awaited debut show. Roy, his father, is the ultimate Yorkshireman. In a show packed with laugh-out-loud jokes and stories, you’ll learn all about him – from family holidays to the etiquette of all-you-can-eat carveries.

Nominated for best new show at the Buxton Fringe 2014.

RUNNER UP ENGLISH COMEDIAN OF THE YEAR 2014
TOP CIRCUIT COMEDIAN

”So Funny I could Burst”
Lizzie Roper

Tickets available on line from:  http://www.wegottickets.com/event/307869

Best known for his artwork for the Welsh band Super Furry Animals and his Monsterism toys and goods, Pete Fowler is a freelance illustrator and “monster creator” inspired by animals, music, folklore, myths, psychedelia and super nature. He has also worked on a number of other projects in the UK and Japan, such as television advertisements (Kia Picanto), as well as having art exhibitions in the UK and abroad. Fowler works in a variety of media, including drawing, painting, animation, printmaking and sculpture.

The majority of Fowler’s art is made in a postmodern cartoon style and often revolves around a central narrative and features a recurring set of characters.

Pete is one half of the cosmic deckshoegaze Seahawks who have released extensively on vinyl, CD and download since 2010 and have remixed a variety of bands as well as regularly.

Salford performance poet JB Barrington is bringing his award winning show ‘Woodchip Anaglypta and Nicotined Artex Ceilings’ to Union Mash Up in Hull on Friday 12th June 2015. He is awe-inspiring with quick-witted comical rhymes and his poems are about portraying life as it truly is, through the eyes of the working class. His show has been referred to as a ‘rollercoaster of emotions’

Here’s what just some have had to say about JB:

MESSAGE US TO ASK ABOUT THE BUMPER EDINBURGH PREVIEW TICKET

Steve recently went to a wedding, and on the way had to pick up a convicted criminal who was leaving prison for the first time in 18 years. This is the story of what happened.

“The Laughs are explosive”- Chortle

When Jonny was 16 the NHS sent him a letter offering him non-essential surgery to change the appearance of his face. Having previously been pretty happy with how he looked the show will look at the effect of the letter, the realisation that he wanted the operation and the effect the operation has had on his life. Mainly thought it will be funny.

Since studying and living in Hull for many years, Zach’s had Hull close to his heart for as he continues wearing his LOVE HULL, LOVE FREEDOM, LOVE MUSIC, HATE RACISM shirts all over the world. He is Visual Director at the Decibel Electronic Music Festival in Seattle and is an in demand VJ who performs extensively world wide with the likes of DJ Shadow, Flying Lotus, Mad Professor and Carl Craig.

For the past 3 years he has been developing the Organic Electronics show which has taken the scientific principal of Cymatics and translated it into the artistic realm of live audio visual performance.